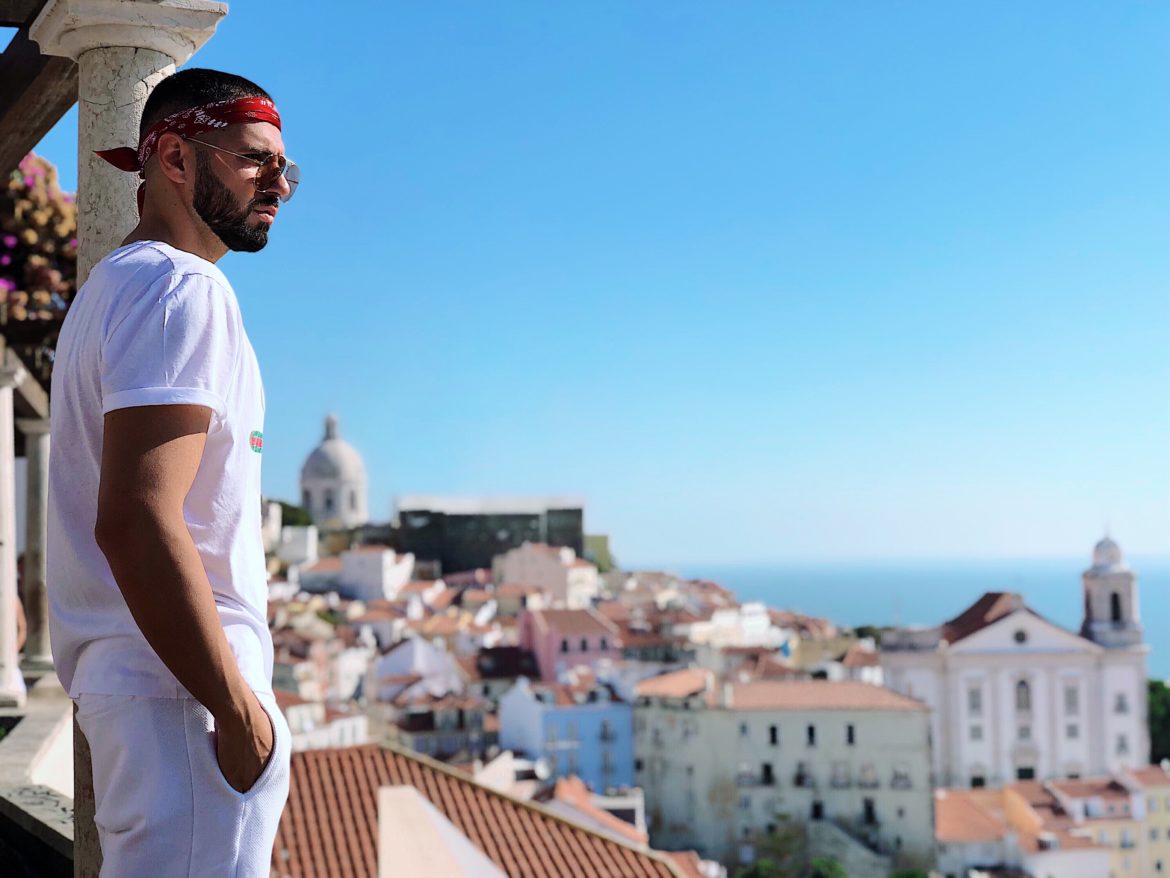 Since a long time I wanted to make this website so I can share with all of you my travel experience, because so many people are asking, “How was there?”, “Which hotel did you stay in?”, “Give me a recommendations for restaurant with a nice view?” and a whole bunch of questions. Recently I just took a long break from my routine life back in Bulgaria and I started exploring the world. I am so happy that now we can share together the adventures from my new destinations.

Everyone who knows me is aware how much I love to travel and how much I hate to stand in one place. Although my passport is Bulgarian, I feel more like a citizen of the world. That’s why I named my website Balkan Nomad, because I have this obsessed with losing itself wandering soul. I am grateful that I have had the opportunity to travel a lot, to discover so many different places and cultures, and to meet people from all around the world. That’s exactly why I strongly believe that after every trip, we are coming back changed, our mind is different. Every trip, whether to a nearby destination or to another continent, changes you because traveling makes you think and ask yourself questions you would never ask if you were at home. Traveling is the best kind of education.


I am pleased that my first blog this year is about a destination that has become a favorite one for me and I will certainly visit again. Portugal – the westernmost European country on land that is still more exotic and unfamiliar for me as a Bulgarian. Perhaps this is the reason I liked it so much and attracted me because I never liked the cliché places everyone is going to.

Lisbon is famous as the City of Seven Hills because of its terrace location over seven hills like ancient Rome. Surprisingly for me, the city was a lot smaller than I expected – there are half a million inhabitants, but the streets are sometimes more alive and cleaner than in Sofia. There are so many tourist from all over the world during the whole year, not only in summer.

You can easily find a hotel at an affordable price, preferably in the center area. For those of you who prefer budget travel, you can book an airbnb apartment for a way lower price, but it will not be at the center. Click HERE and take advantage of a discount when booking an airbnb apartment.

Overall, the distances in Lisbon are not something that should bother you. Everything is within walking distance. The city is located on the coast of the Tagus River, which flows into the Atlantic Ocean. One of the city’s attractions is the tramway, which you must experience. The bad thing is that they are a lot smaller than those I’ve seen in Sofia and Milan, and if they fill up with 15-20 people it’s unpleasant, especially if the weather is hot. Another option is a taxi or Uber, which is quite popular in most countries.

Unfortunately, there are no beaches in the city, but there are some great beaches at about 20 km from the center of Lisbon. I would recommend you this two – Gincho and Costa da Caparica (the first is north from the city and the other is to the south). Both beaches are beautiful and clean. Despite the 30 degrees outside, the ocean was icy, and you cannot swim except in the summer season, but you can still be tanning. Although it was mid-October, the beaches were full of people.

One of the things you should experience with every trip is to try the local food, and of course, as an avid foodie, I didn’t miss the opportunity to try it. The Portuguese cuisine is very close to the Spanish – everywhere they serve the famous paella, gazpacho and sangria. The fish are the best here, because they are freshly caught from the ocean and the taste is a lot different. Of course it also depends on what restaurants you’re sitting in. My advice is to avoid eating at the center because food has nothing to do with traditional local food, and in most of the cases it’s not fresh. One of the days we had lunch in an oceanfront restaurant built on the rocks. The view was amazing as well as the food. Of course, prices in such restaurants are higher, but I prefer the quality. My recommendation for you is Gordinni Restaurant, which is out of the city but is close to the beach.

I was surprised that despite the small size of the city, the nightlife was quite developed. It is full of young people and in the evening after 8-9 hours the city is no less lively than during the day. There is a neighborhood only with clubs and bars, and it makes me feel that everyone is on the street with their glasses. It turned out that it was because the bars were small and narrow, and half standing in front of the bar and talking and drinking, which seemed strange to me at first, but you socialized quickly and easily. Like in Spain and Bulgarian, the clubs in Lisbon work until 7, even 8 in the morning.

One of my favorite places in Lisbon is the fortress Sao Jorge (Saint George), which is located on one of the hills on which the old city was built. From there you can enjoy a stunning view of the city, its new part, the river, and one of the bridges, which is a symbol of Lisbon and very similar to the one in San Francisco. Ideal for a few selfies.

Also, be sure to spend a whole day on the Belém district, where many of the city’s landmarks and symbols are located, such as the Belem tower, the Asuda palace, the botanical garden. In Belem is also the Jeronimus Monastery, where is the tomb of the explorer – Vasco da Gama. Definitely all places worth your attention because they are quite different from the architecture in the central part of Lisbon.


You should visit the town of Sintra, about 30 km from Lisbon. It can be reached by car for 30 minutes or by train for 30-40 minutes. There you can visit one of the Portuguese symbols – Pena Palace. I generally do not like going around museums and palaces because I’ve been to one of the largest in Europe, but I assure you it’s worth visiting. It has been built on top of a cliff and overlooking the ocean and Lisbon. It was a monastery in the Middle Ages, but it has been reconstructed into a summer residence for the royal family and is very beautiful because of the different colors in which it is painted. Again, an ideal place for photos.

Another place I recommend you visit, although I didn’t, is the statue of Jesus (Almada). It is on the opposite coast of the river and looks directly at the city. The statue is a copy of the world-famous one in Rio de Janeiro, but it is higher. When we went there, they were already closing so don’t go at 6 pm, go earlier.

Lisbon is one of the places where I would come back for sure and even would love to live there. I like the climate, the ocean, the different cultures in the city and the amazing chilling vibe all around.

Why should we invest our money in experiences, not in things? 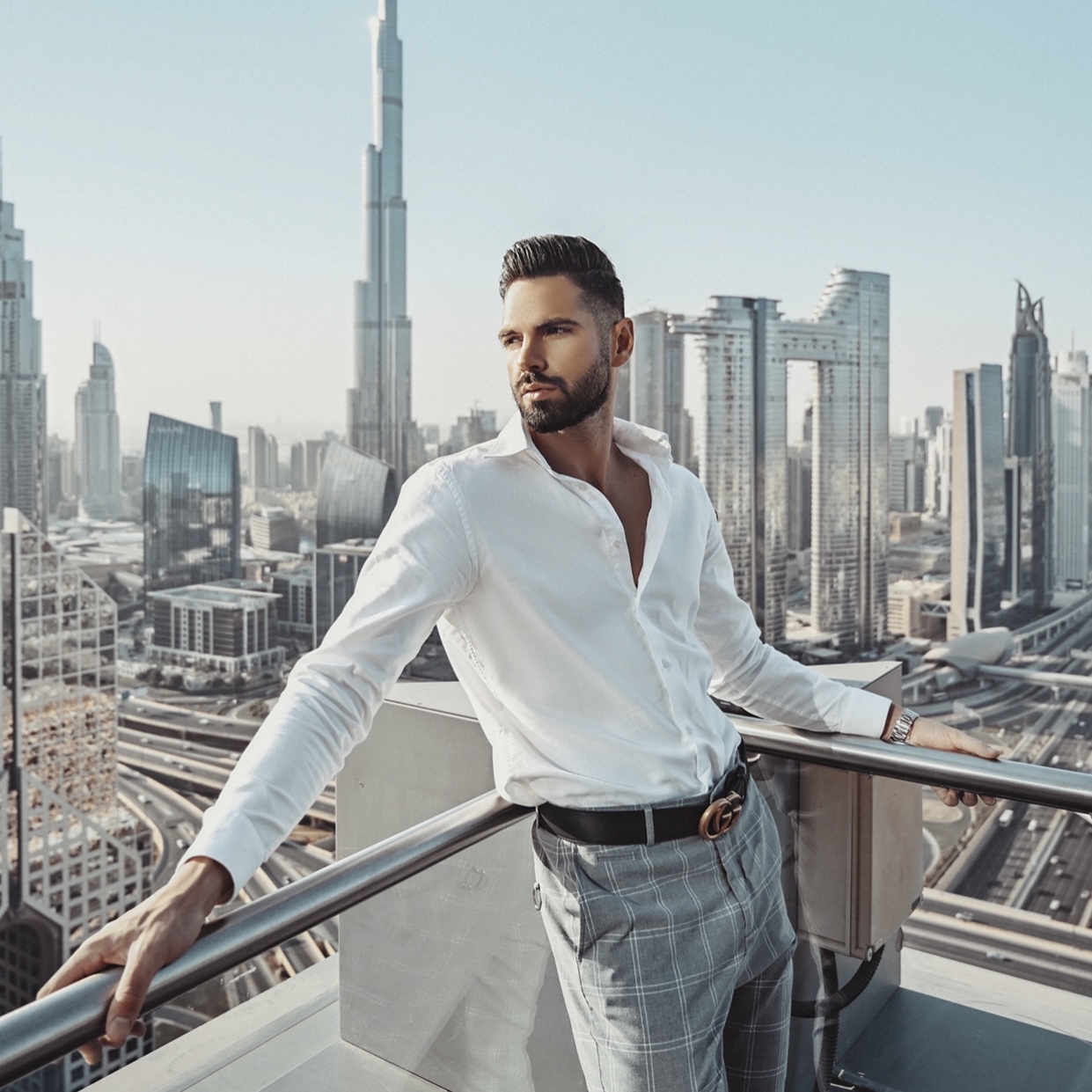