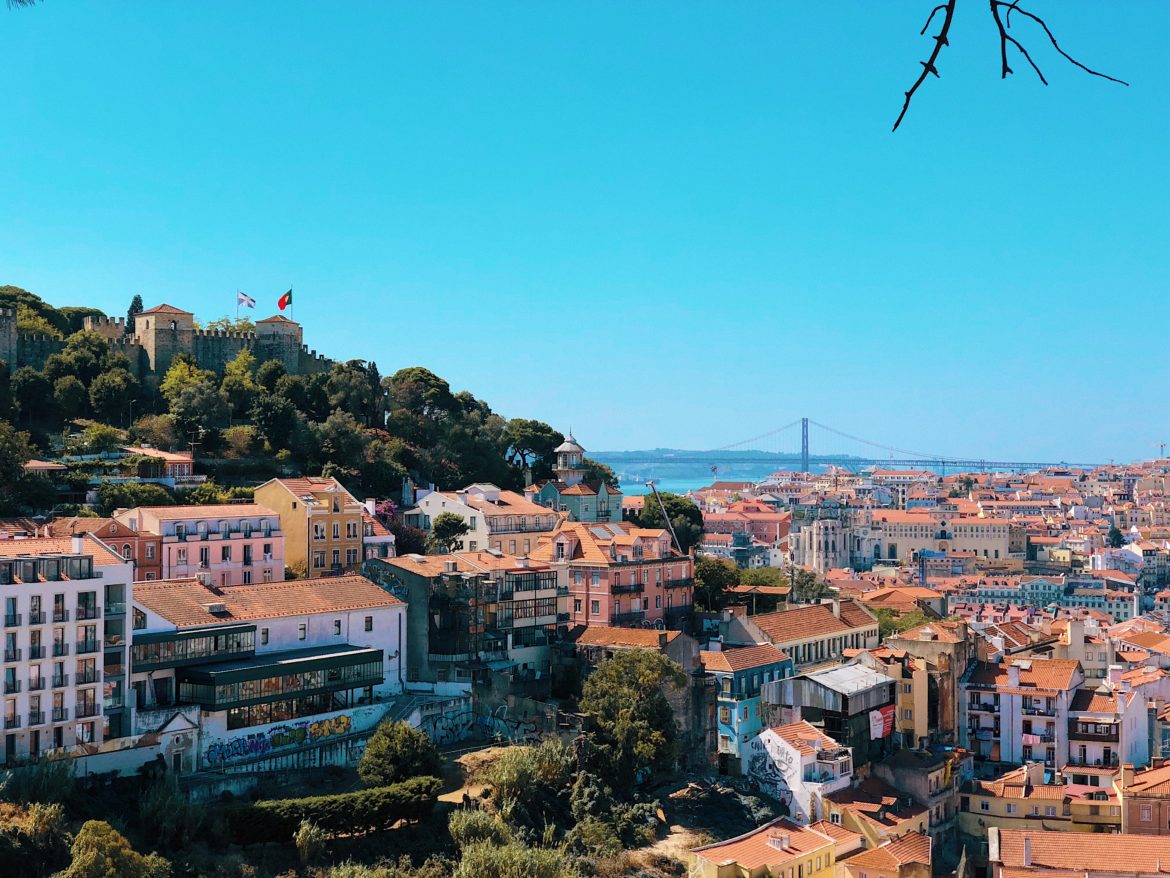 After visiting Lisbon personally, I found out why people are so attracted to this city and why it always takes the first places in Europe top destinations ranks. The capital of Portugal offers can offer you a lot of attractions and entertainment. Some visit the city because of the different architecture there, others to go surfing or simply to make a vacation in a non-standard place, third to try another type of cuisine. Here I have taken out 10 of the mandatory (at least in my opinion) places you must see in Lisbon.

Praça do Comércio (Commerce Square) is the place to start your city tour. It is the main square of Lisbon and one of the most famous places there. From it begins the long main pedestrian street of the city, and from there you can head to the old town. On the one side, the square is open to the Tagus River and the other is surrounded by important public buildings including the Former Royal Palace.

This is the most authentic place in Lisbon – the heart of the city. I recommend you to use a tram or just walk. I personally chose walking. There are many picturesque places for photos with city views from this neighborhood. There are also many taverns where you can have lunch. Here you can also see the typical Portuguese architecture of houses whose facades are embellished with white and blue tiles. In this neighborhood is also the cathedral of Lisbon, which is also the oldest church in the Portuguese capital.

From Alfama you can easily reach the Castle of St. George, which is visible from almost every point of the city. The castle dates back to Roman times when there was a small fortress. I assure you it is worth visiting, because of the amazing view from the terrace, otherwise a castle like a castle. There is also a museum exhibition of objects from the Iron Age. You can also walk along the walls. In the same castle, Vasco da Gama was welcomed by the Portuguese king in 1499 after his expedition to India.ята му до Индия.

These are two of the oldest districts of Lisbon. They are located on both sides of the Castle of St. George and have a stunning view of the city and the bridge – one of the symbols of Lisbon. There are many old churches in Graça, and if you enter one of them, you will not see the typical painting for most Catholic churches. The images are ceramic tiles on the walls – it was quite interesting, at least for me.

Alcântara is a neighborhood where it is very busy in the evening, mostly with young people. There are many bars and clubs, the squares are full of people, there are many street musicians as well.

Another symbol of the city is the Belém Tower, which is named after the neighborhood in which it is located – Belem. It was built in the 16th century to control the arriving ships in the city. The tower is protected by UNESCO because of its specific architecture. It is about 30 meters high. You have the option to enter and to go to the top. The entry fee of 12 €. There are also many cafes and bakeries where you can try the local traditional natas.

Belém is a place where many of the Lisbon’s sights are located. Apart from the Belém Tower, here are the Ajuda National Palace, where is the royal treasure, the botanical garden, the monument to the discoverers, and many others. The most fascinating among all sights there is the Jeronimos Monastery. You will notice this by the long entering queue. Part of UNESCO World Heritage List, because of its unusual architecture, including Gothic, Renaissance and neoclassical motifs. Unfortunately, I personally didn’t make it to enter, because I just didn’t have time, but it is first in my list for my next visit. By the way, it is exactly in this monastery where the recipe for local desert nata was made about 300 years ago. At that time, the monks and nuns used the proteins to squash their clothes, and the yolks became the main ingredient for the delicious dessert. About 3 minutes from the monastery there is the only bakery that has the original recipe for it – Fábrica de Pastéis de Belém.

On the opposite coast of Lisbon, in Almada, is the religious complex with the statue of Christ. It was built in 1959 as a sign of gratitude to God for having spared Portugal from the horrors of the Second World War. The statue of Jesus in Rio de Janeiro was used as inspiration for this construction.

To get to this complex, you have to cross the 25th April Iron Bridge, which looks like San Francisco’s bridge, because of its red color. The most convenient and quick way to get there is by taxi or by Uber. There are beaches nearby, so you can combine both.

One of the most interesting places I visited was LX Factory. It is not a tourist attraction, but it is a very non-standard and art venue where you can taste a variety of food. In fact, we found it quite accidentally the first night because we were starving after the long flight and that was the closest place we found. Once this place has been a textile factory, but at the end of the 20th century it has been abandoned and began to decline. A private investor bought it and decided to rebuild it and do something interesting. All of the buildings are reconstructed in different restaurants – starting with sushi, pizza and Italian restaurants, pastry shops, vegan restaurants, restaurants with typical Portuguese and Spanish cuisine. For me personally it was interesting and new, so I think you would like it.

Cabo da Roca is a cape in the Atlantic and the westernmost point of Portugal and continental Europe. By the 14th century, this place was considered the end of the world. From here an amazing landscape is revealed, perhaps one of the most beautiful I’ve ever seen. The waves of the ocean break into massive rocks, the highest of which reaches nearly 140 meters in height. The place is not that popular as a tourist destination due to its distance from the capital – about 40 km. You can get there by car or organized group trip, but I’m recommending you the first option. At the highest point there is a lighthouse with a restaurant and a souvenir shop. There is no entrance fee and the parking is free of charge. 30-40 minutes are enough for you to enjoy the view, explore and go back.

Last but not least is Sintra. This place couldn’t be described in words, you just have to see it. It’s a must! This is actually a small town about 30 km from Lisbon. You can get there by train or car, and in both cases the trip is about 20-30 minutes. Sintra is an unusual city that bears the spirit of Portuguese history even before Portugal being on the map of the world. It is not a coincidence that there are also some of the royal residences’ summer residences, several fortresses and a number of celebrity mansions and some of the richest people in Portugal. For a day you won’t be able to go through all the tourist attractions, so I recommend the three most important and beautiful places – Pena Palace, Moorish Castle and Quinta da Regaleira. The places open at 10 am and work until 6 pm. Manage your time wisely so you can see as many things as possible. I personally was impressed by the Pena Palace because of architecture, but you will decide what is the most interesting place there for you.